We have over 1200 employees and every single one of them has a story to tell. This month it’s the turn of Oliver Winstanley, who works as Head of Business Relations.

We hope you enjoy this insight into Oliver and his job. If you’re interested in a career at Torque, visit our careers page and let us know. There is a huge range of roles across our business and one of them might be right for you.

Oliver has been at Torque for several years now and, as Head of Business Relations, is often the first point of contact with new Torque customers.

Oliver provides an insight into his role and responsibilities, what he enjoys about working at Torque and the journey he undertook to get where he is today. 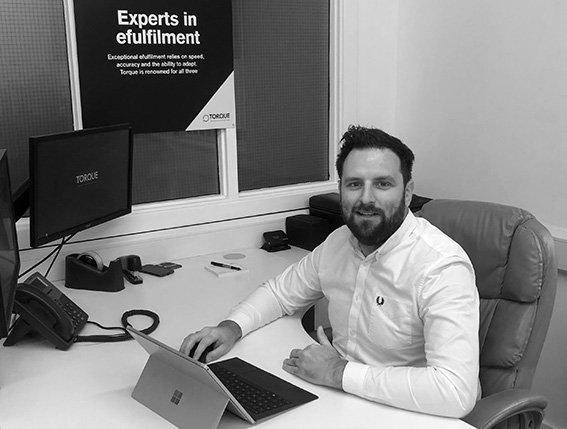 I am Head of Business Relations. It is a pretty varied position but essentially it is a sales/customer relations role. I am often the first point of contact for new business sales enquiries, I find new business opportunities, I manage the relationships between our IT department and our integration partners. I also represent the company at various events such as seminars and awards ceremonies.

It’s hard to pin point one thing, I love working for the company and really do enjoy coming to work. If I had to say one thing it would probably be the trust and encouragement I’m given to explore new ideas and run with them.

I originally joined Torque to work for one of it’s sister companies – Tippitoes. I joined as a Sales Account Manager looking after independent retailers and travelling across the UK and Ireland. I quickly progressed to be the National Account Manager looking after accounts such as Amazon, John Lewis and Boots which I did for several years before being promoted again to Sales Manager where I took responsibility for running the whole sales team. I eventually moved over Torque 6 years ago and continued to progress from there.

If you are open to change, work hard and go the extra mile there are always going to be opportunities that open up to you.

What one piece of advice you would give someone who is interested in a similar job?

From selling baby products to freight and warehousing it’s all the same you have to get people onside and earn their trust. Be genuine and upfront and be willing to adapt to evolving markets.

I once interviewed someone and I asked them what they like about their current job. They gave a really good measured response – they liked being challenged, they loved seeing an account they had brought in grow to one of the best performing accounts in the company etc etc. So I asked what they disliked? (meaning about their current role) after a long pause and really deep thought they answered…. “beans”.

I think it’s about listening to our customer’s needs and being willing to add or change our services to meet their exact requirements and brand values and basically having a can do attitude rather than making the customer adapt to our ways as many other 3PL’s do.

As Man Utd mad 9 year old I was playing football in the street outside my house with my friends when a huge removal van arrived to move the new neighbours in across the street. A couple of minutes later a car pulled up and the new neighbours got out – It was Eric Cantona and his family!!!!.. He went on to live there for a few years but was eventually hounded out by the press after his infamous kung fu kick and he escaped to France.

I wouldn’t do this as I’d get a fine as there are already 5 people in my house, the rule of 6 hey. I’d have Boris fill the other seat and try and convince him to relax this rule in time for Christmas.