We have over 1200 employees and every single one of them has a story to tell. This month it’s the turn of Angie Best, who is our Transport Planner.

We hope you enjoy this insight into Angie and her job. If you’re interested in a career at Torque, visit our careers page and let us know. There is a huge range of roles across our business and one of them might be right for you.

Angie reveals what her job entails, what lessons she’s learned en route and how a tall tale involving a snake turned out to have some teeth after all…

Read on to find out more about Angie and what she finds most rewarding about her job with Torque. 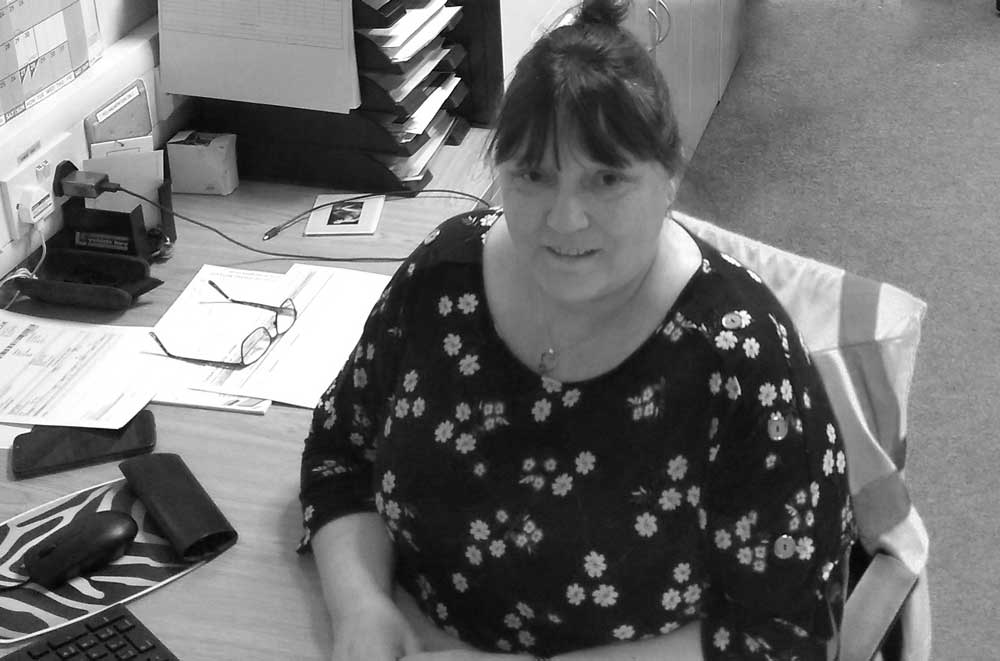 I am Torque’s Transport Planner. I organize the delivery of goods to the right location, on time and cost effectively whilst adhering to the transport and driver hours laws which we are governed by. I communicate with colleagues at all Torque sites and customers to ensure their delivery requirements are achieved. Each day brings various challenges which need resolving promptly.

The people I work with. I also get great satisfaction from knowing I have achieved everything that has been asked of the transport department. There are many obstacles which we can’t plan for but need to resolve in order to deliver.

After having children, I decided I didn’t want to go back to the engineering industry I had previously worked in. I took a job with a recruitment agency in their payroll department. I then progressed to recruitment consultant, where I was approached by one of my customers to go work in their transport department. I worked as their backload co-ordinator, then in their planning department until I was made redundant and came to Torque.

Logistics is not about goods, it’s about people so it constantly changes. As a species we cannot survive without logistics.

What one piece of advice would you give someone who is interested in a similar job?

Working in logistics can be a very rewarding experience; every day seems to offer something new. If you think you know everything, try working in the logistics industry and you will soon find out that’s not the case!

One of my drivers returned from an overnight delivery and asked me to record an incident in the accident book. He told me he had parked up the night before near a wooded area. As it was a nice evening he had taken a walk in the wood. Whilst in the wood he had been bitten by a snake on his arm. I was very sceptical about this but when he raised his jumper sure enough there where two fang puncture marks on his arm.

Torque is willing to try anything to meet their customers’ requirements as we possess a “can do” attitude. If it needs to happen, everyone at Torque pushes to make sure it does. We are team players who actively manage through adaptive change.

Around midnight on Monday 20th February 2017 I delivered my 5th grandchild on my drive whilst mum was in the passenger seat of the car. Oscar had decided he couldn’t wait to go to hospital for a conventional birth and he would do just fine. Dad, Granddad and Great Granddad all watched on in fear and amazement. I think the speed of his birth contributed to his crazy personality. He is as mad as a box of frogs and has no fear.

Every good dinner party needs a storyteller so I would invite Oprah Winfrey. She has been privileged to interview a vast array of people and would have some amazing tales. I would also like to ask her why she believed her mother’s lack of maternal skills and her hard upbringing would make her a bad mother. I think it’s very brave when a woman chooses not to have children especially as society expects every woman should want to be a mother.

For the music, I would invite Elvis. I think he had a good family ethic with honest values. I think he was a kind generous soul who lost his way after becoming addicted to drugs. I would ask him if he ever envisaged remaining as popular as he still is today and that he would be regarded as one of the most significant cultural icons of the 20th century.